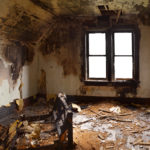 The After Effects Of Fire Damage Restoration

A fire in your Winston-Salem home is devastating. Fires leave little behind, and what is left is often charred and plagued by smoke and soot. Fires are dangerous, even after the flames have been extinguished. Because of the amount of damage and danger left behind from a fire, you should never attempt fire damage restoration […] 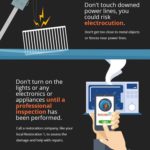 Dealing With the Aftermath of Hurricane Michael in Winston-Salem

Hurricane Michael hit North Carolina as a tropical storm on October 11, blocking roads, knocking down trees and wreaking havoc in its wake in the Winston-Salem area. Families were evacuated from heavily affected areas and taken to shelters in dry land. North Carolina’s Governor, Roy Cooper gave a press conference, saying that “inland hurricanes and tropical storms […]

Home Restoration After a Storm: Step by Step

Storm damage can occur at any moment. It’s likely that you’ll have some warning from local radio broadcasts and news stations. However, the extent of the damage cannot be foreseen until it’s over. Heavy rains will lead to flooding and strong winds may cause roof damage, and then property damage is two-fold. But it’s not […] 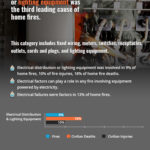 Every 90 seconds in the United States, there is a home fire. That&#8